I’m sometimes asked how I started the furry project. Let me paint a picture: it’s 2008 and it’s a cold October day in Bloomsbury, I exit a cab under slate grey skies with a camera bag in one hand and a animal suit slung over my shoulder. Exit stage left into the foyer of a nondescript hotel that feels like every other corporate hotel in the world. Heartless, soulless and just look at that carpet. Three thousand square feet of the most nauseating red and blue fabric ever produced, memorable for all the wrong reasons.

I ask the receptionist about the convention, he doesn’t answer, just looks to his right and nods. I follow his lead and enter a modern ballroom and I’m greeted by a six foot fox who proceeds to give me a great big hug.

This is a shoot for Bizarre magazine, in the heydays of the magazine. Before it reached the end of the road. The shoot sees me dressing as some sort of mascot style cat, Alix Fox lent me the suit and yes that’s her real name!

The head has to go due to the fact I can’t see through the viewfinder and as a newby I’ve conveniently broken the first rule of being a fursuiter, I’ve revealed my identity.

Still asking furries if they wouldn’t mind being photographed by me draws a mixed response, some are happy to pose. Others are slightly more reticient with “who are you, why do you want to photograph me?”  Er, because you’re wearing a amazing red fox outfit. “I’m worried people will recognise me” That’s a hell of an outfit to hide in. 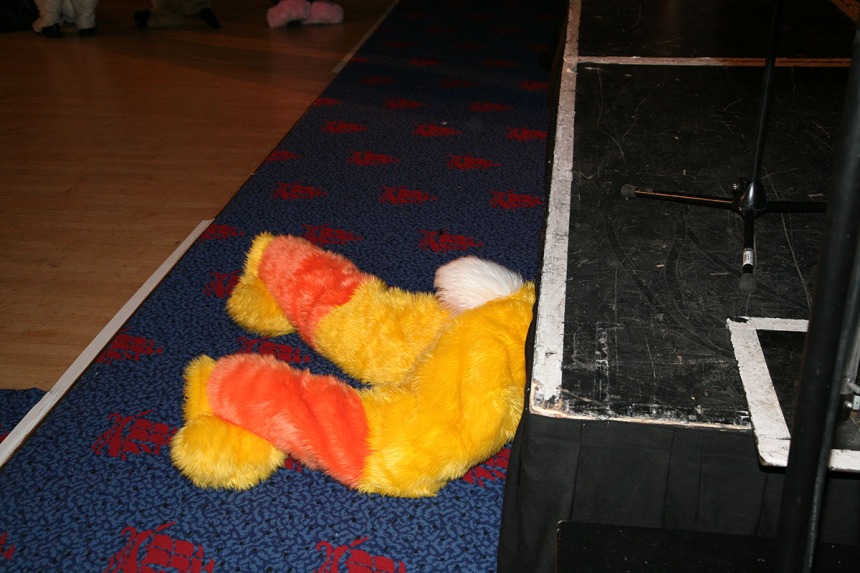 After a while, they warmed to me and ended up with a furry being my lighting assistant. Sadly no pictures of this exist ( unless there were any other photographers at RBW 2008 who took my picture..there were loads as I recall)

I decided there and then that there had to be a bigger story than just photographing these amazing looking creatures at a convention, although my attention was distracted somewhat by the furry commonwealth games, which seemed to be a game of musical chairs 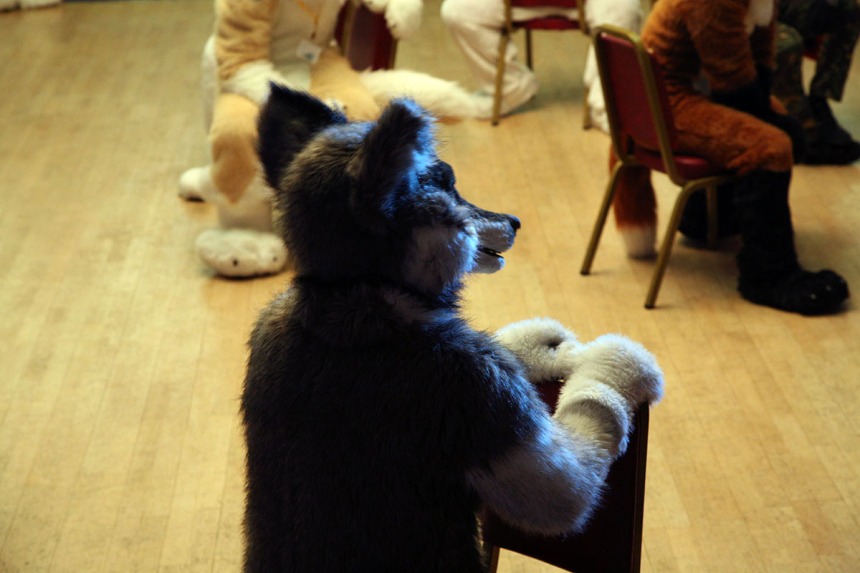 Are you lion to me… 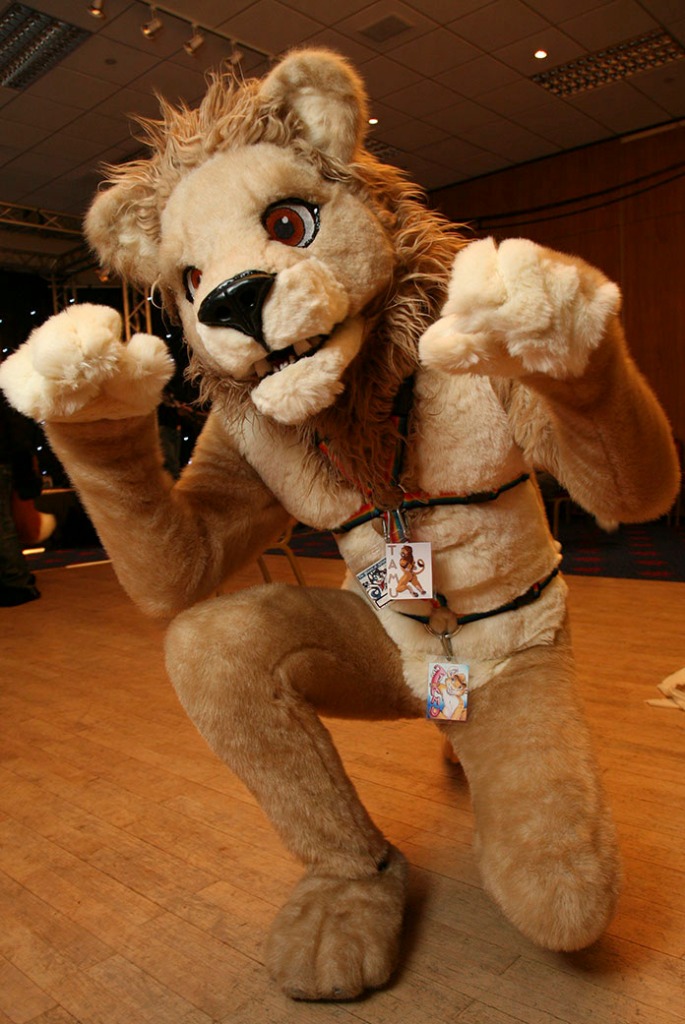 FFS or For Fox Sake

It gave me the first threads of an idea, I wanted to reveal a little more of who the characters are and what identifying as a furry is all about. It took another year or so to gain their confidence and from there on in it was the beginning of At Home With The Furries

2 replies to Taking it back to the beginning #fursuitfriday