I met Jaws and lived to tell the tale. 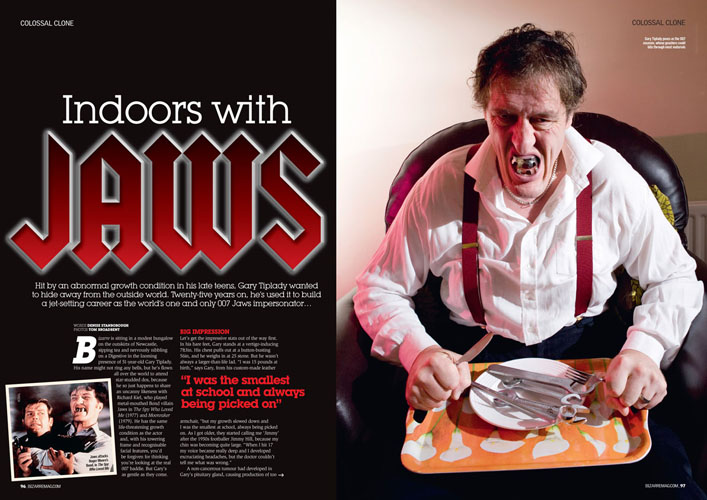 Here you had a seven foot plus modern day giant who is the absolute spitting image of Richard Kiel, the actor who made his name as Jaws in the James Bond movies. Gary Tiplady is officially the world’s number one Jaws lookalike. He is also a trained chef, a sculptor who works in the lost art of lard ( no joke!) and who spends all his spare time constructing sculptures out of wire, especially James Bond characters. So this guy has got a bit too much going for him in my book. And he lives in Newcastle.

So it’s up to the wonderful north with the writer, staying in a Premier Inn. Hey it’s the new Hilton don’t you know. With the job to follow the day after. Over a cold beer we discussed a couple of ideas and I wrote them down on the back of a posh napkin, complete professional me!!

I was looking to get him to really play up to the character of Jaws, but in a cool and funny way. I was aiming to get three different set-ups, all playing up to either his height, his size, the Jaws character and of course the fact that he is rather skilled with wire.

Jaws, sorry Gary was extremely generous with his time and was the perfect host; Brew on the go immediately. We decided on Moonraker as being the best look. Gary regaled us with tales of meeting Michael Jackson, being a celebrity in his own right( though not by choice it seems) and deciding to take on the persona of Jaws. 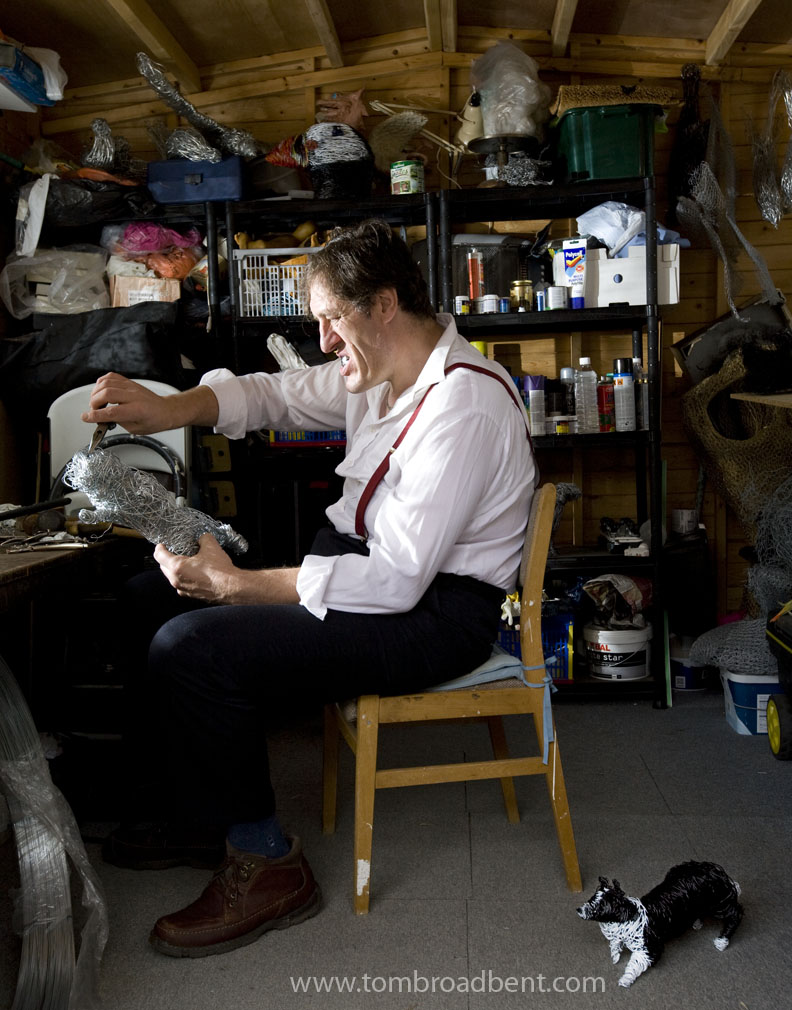 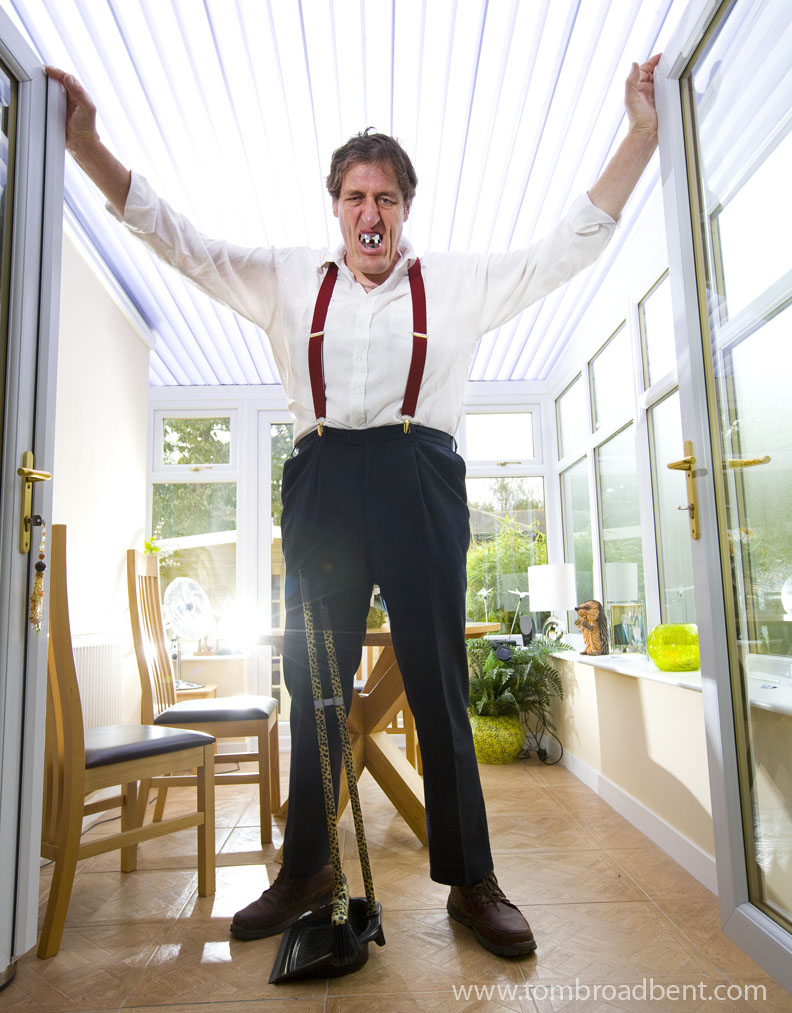 We stopped to get these marigolds on the way to his house. He has a problem wearing them, something to do with the fact he has rather large hands. It’s a particular favourite of mine. 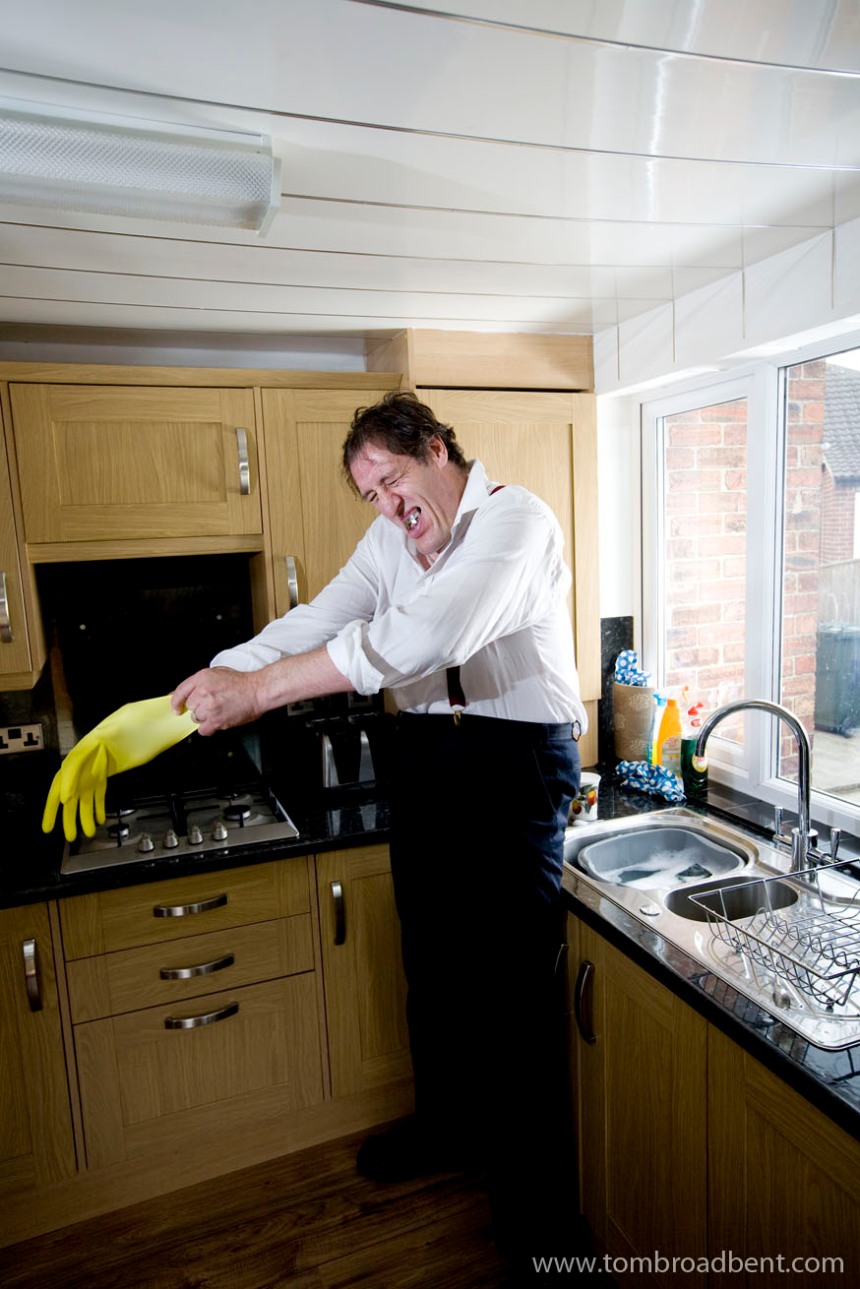 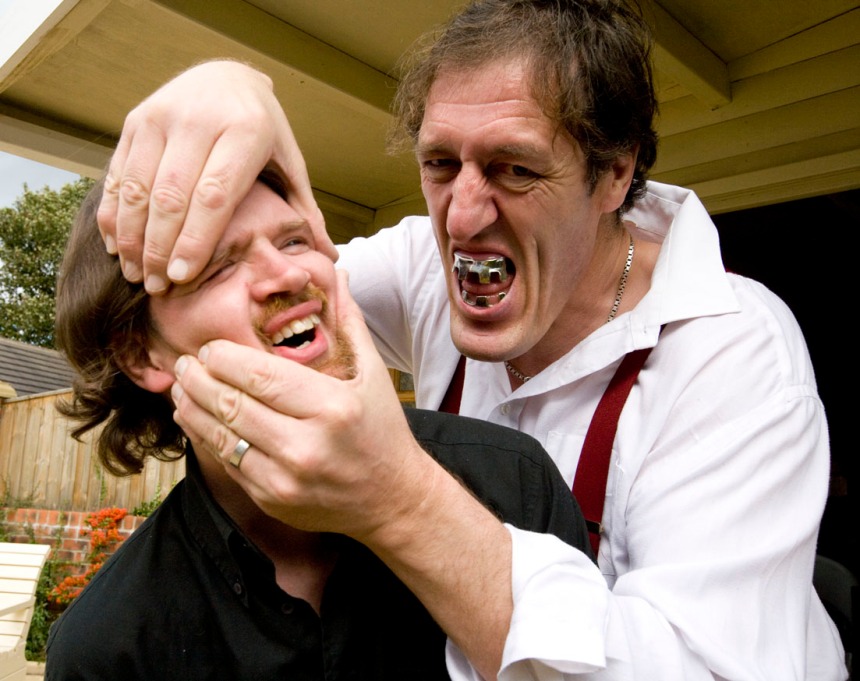 Update: I was sorry to hear of the passing of the legend himself. Even though I never met him, he became a bit special in the memory banks because of the shoot I did with Gary.