One thing that the furries like to do more than anything is to get out and about, mixing it up with the public. For them, the juice is ‘working the crowd’ as one furry on Saturday confided to me. Every few Saturdays, they’ll meet at a bar in the city and the walk guided by non-fursuiting furries with megaphones will take them over the millennium bridge and around the south bank of the Thames. Let’s face it, if I had a suit that’s what I’d be doing, showing off my new threads and being a bit daft.

The last furwalk before Christmas saw a proper clash of the titans, Furries versus Santas, as every Tom, Dick and Harry hit the south bank in red and white outfits. It also saw an impromptu furdance thanks to two street musicians playing for Cancer Research UK.

So we can play a game of Where’s Santa in these pictures. 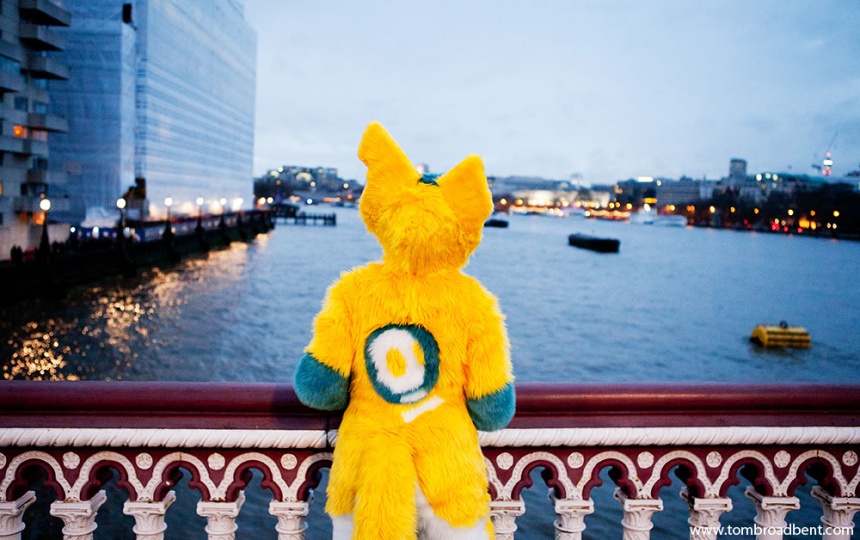 After the walk, there was much frenzied jollity at the bar afterwards and a quick catch-up with Bhavfox to work out the details of the next shoot for my series, At Home With The Furries

Bring on 2013 and have a Furry Merry Christmas!!