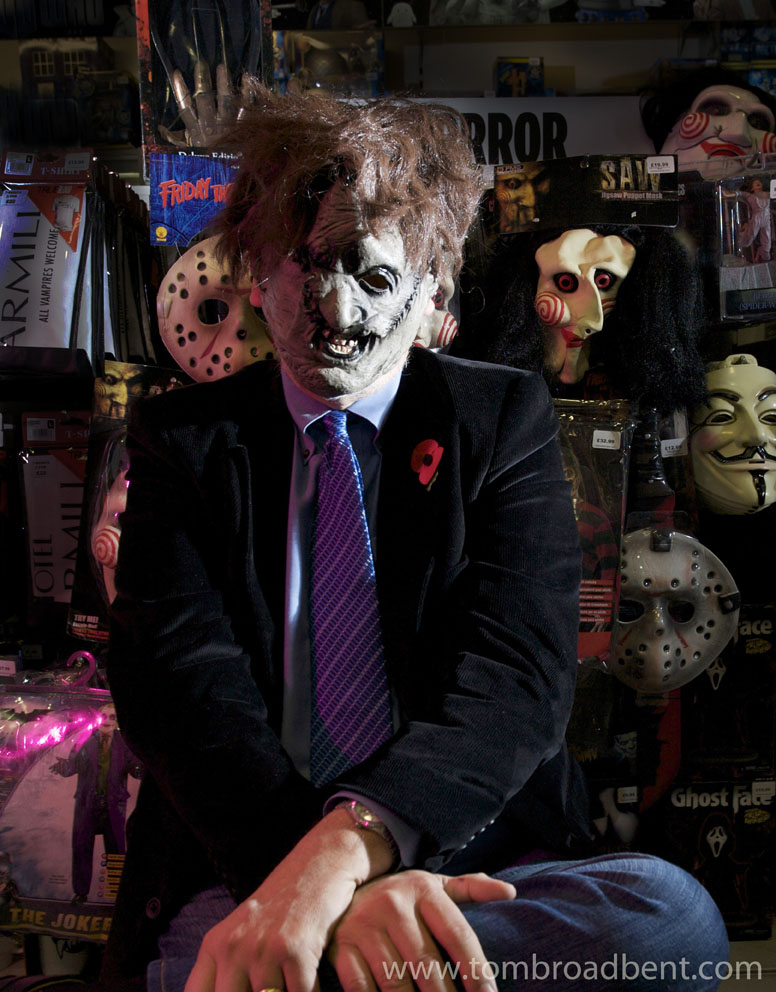 “It’s a pleasure to meet a living legend” and I vigorously shook his hand. “I’m a big fan of your films…Blues Brothers, Trading Places and…..god what was the other one?” I sheepishly admitted to John Landis. The very soul of courtesy and to save my blushes he suggested “American Werewolf in London and did you know Tom, that Coming To America made over a billion dollars?”

I had just photographed John Landis for Bizarre magazine and thankfully had got the shots in the bag before a very public faux pas in the horror section of Forbidden Planet.

Despite prepping pretty well on this job and having two assistants, Lauren Marchant and Irina Csapo with me; portable lighting stands are all the rage these days darling. I had turned up at the shop half an hour before my time with him to find that all my carefully laid plans to photograph him had gone a a little bit up the spout!!

John Landis had written a new book called Monsters in the Movies and he was here to promote it. He had done a book signing the day before and I had half an hour to photograph him…I know half an hour…for photos…somebody likes Bizarre clearly!!

I’d been down to the shop, it’s down on Shaftesbury Avenue to check out some likely locations. I found the spot, in amongst the horror masks they had on display. Now the thing is I visited the shop the week before Halloween and the shoot was the day after so when I turned up, all those wonderful masks had been removed…you know it not being Halloween anymore…doh!!

But thanks to Plan B, C and D and the assistance of Danie Ware, (@Danacea) Forbidden Planet’s PR guru and the shop’s very helpful staff. We made a temporary stand, gave John a chair and got on with it.

Having read his book, I had this idea of him wearing a horror mask of one of the monsters from his book. The only problem would be getting him to wear it…I had to engage the old fashioned method of asking him on the day and it worked, he went for Leatherface.

I took maybe three or four frames and the legend said” You’ve got enough now don’t you?” “Just a few more” I suggested brightly

John admitted that he wasn’t keen on having his photograph taken, in fact he told me that he hates it. I tried my cod reverse psychology technique by suggesting that in fact he loves it and that bought me a bit more time. 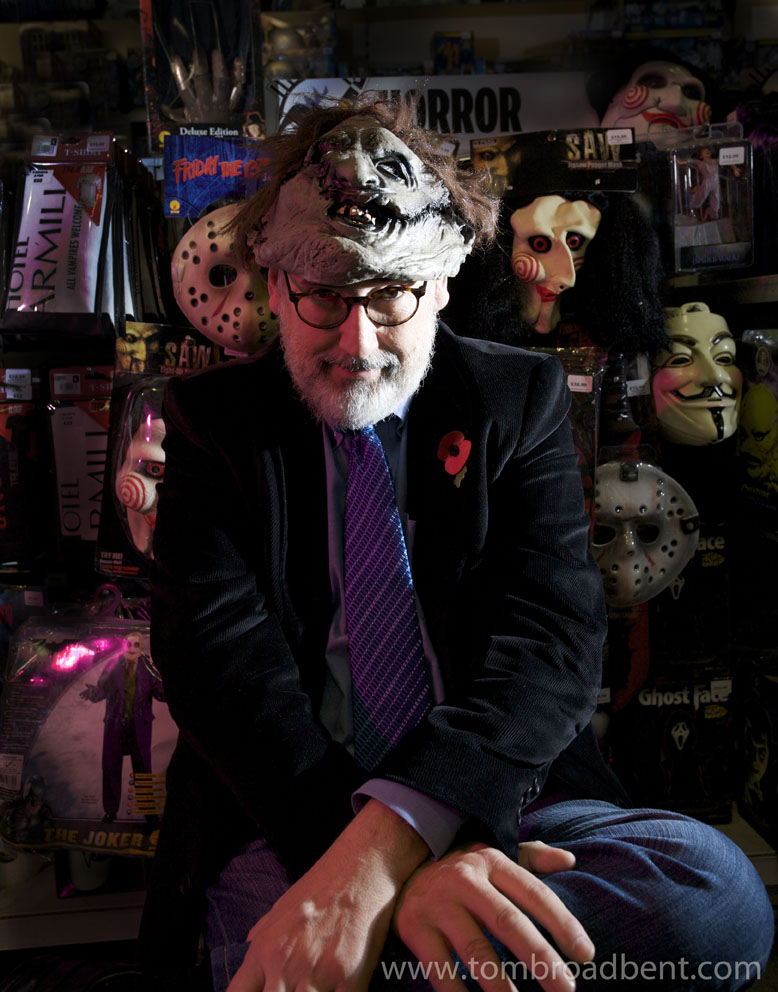 He was right about one thing though, the two shots here were the first few frames.

The feature is in the April issue of Bizarre magazine, out now

If you’re looking to license the images, speak with David or Graham at Eyevine

Tom Broadbent is a portrait photographer based in London