I photographed a really fantastic production of The Odyssey, the story of Odysseus( or Ulysseus, depending if you’re coming from a Greek or Roman perspective) It was produced by Teatro Vivo, directed by Sophie Austin and took place on the streets of Deptford, South East London yes really!!

Teatro Vivo are a theatre company who specialize in open air performance and modern re-imaginings of folk tales. The show ran for three weeks in June of this year and the audience were invited to The Albany, a theatre in Deptford and as soon as they entered the cafe there, they all became part of the play.

Telemachus’ father, Odysseus has gone on a bit of a wild goose chase, showing the Trojans a thing or two about war. Sadly for him and his family, he’s been missing for over 20 years. Assumed dead by his former friends and colleagues. The only person keeping the faith was his son, his wife however Penelope was totally off the radar, as in loco.

Penelope spends her days flirting and playing with the emotions of the many suitors who had come to Odysseus’ house to try to win her hand. The loco aspect I mentioned had ensured that this had not happened as yet.

On the day I attended the House Of Albany, a homeless old man turned up to seek shelter and ask for money, he gets asked to leave on many occasions by Penelope’s suitors and the less than charming serving girls.

Finally some news filtered through courtesy of a fisherman who had claimed to have seen Odysseus alive and Telemachus sets off to try and find his father.

We, that is the audience are asked to help Telemachus to find any traces of Odysseus. At this point I tried to explain to Telemachus that finding him in Deptford High Street was pretty unlikely, but he was strangely insistent.

On the first street corner we came to a couple of musicians who guided us into the direction of the carpark..

We were ushered to the local tattoo parlour where a rather pretty tattoo artist, Circe who after realising that none of us wanted to get inked proceeded to take out her frustration on a local man. She had claimed to have seen Odysseus but if we wanted to find him, we’d first have to go the Hades to find more clues…not exactly an appealing prospect at the best of times

As we left to try to seek out the gates of Hades, not something any of us were looking forward to, we were intercepted by a bit of a geezer who claimed that this Hades lark was not only a bad idea, but a complete set-up. He then proceeded to nick some cigarettes and give us some interesting clues for where we should head to next

At which point, the old man from the house turned up, chased off the geezer and insisted in strong terms that yes he could take us to Hades if we really wanted but first up, we should follow him and a: have something to eat and b: listen to him give a history lesson about the battle of Troy. As the history lesson involved two olives, those great toy animals from an Early Learning Centre and an old tea pot, we gladly obliged..

After a spot of bread and olive oil and a fair bit of ranting, the old man took us to Hades, well put it this way, any time you find yourself in South East London in the evening is any kind of hell ( joking!!, I live in Catford so indulge me..:-) It was Seven Ages of Shopping Trolley and all sorts of interesting people had found their way into hell 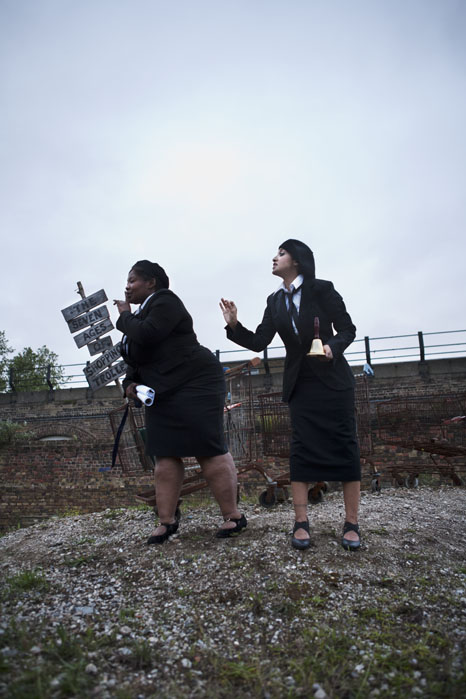 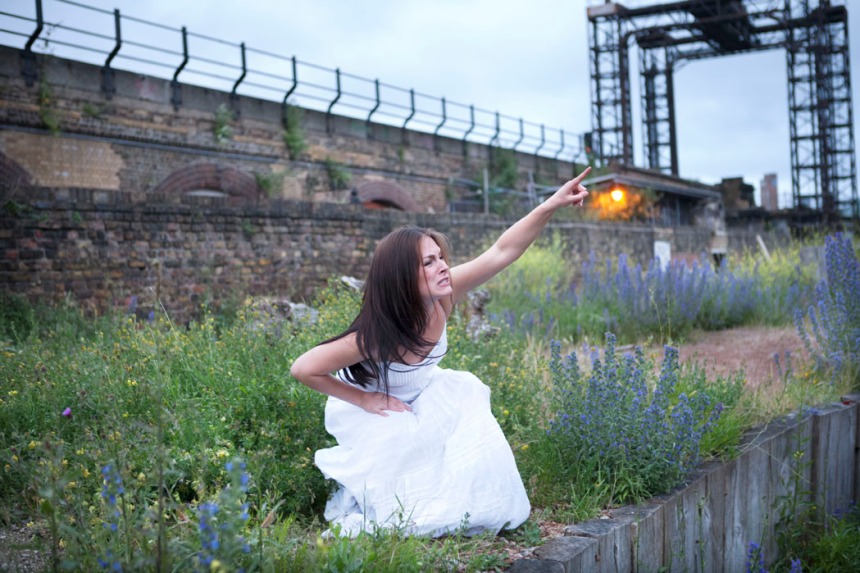 Finally some news came through, that yes indeed Odysseus had been seen alive and we were to go with Telemachus to find his father, which was a bit of a relief as Hades was a bit uninviting. I mean, yes they had a loo. But no tea and biscuits, what is hell coming to?

What happens next? Well my advice would be to put 3rd-8th September into the diary as The Odyssey returns to Deptford, see this page for more.

All photography by me: Tom Broadbent, if you’d like to commission me have a look at my website here or just drop me a line.